Sometimes, You Are Not In Charge

Actually, the fact that you (as in me, you, her, him, etc.) are not in charge is true almost all the time (if my friends, family, literature, and history are to be believed).

But me, I'm a rebel. I still like to do what I can to pretend like I'm in charge of my life.

This week, I ran the Peachtree Road Race for the second time. I hoped to see famous people like Des Linden or Lauren Fleshman at the elites' tent after the race or perhaps see Meb as he passed the masses. But, nope -- the elites were done before I was even at cardiac hill and Meb didn't start 'til I was  almost done.

But I still had a great race (so much fun to take part in one of the largest American road races on 4th of July) and it was the most temperate, pleasant Peachtree that's happened in a long time, so that was super cool (as was hard-to-argue-with cool that my husband ran with his dad, who ran by multiple friends along the course who've been there over the years in his 1984 commemorative shirt.  Someone offered to buy it off him at any price, but he said, "There's no price...") 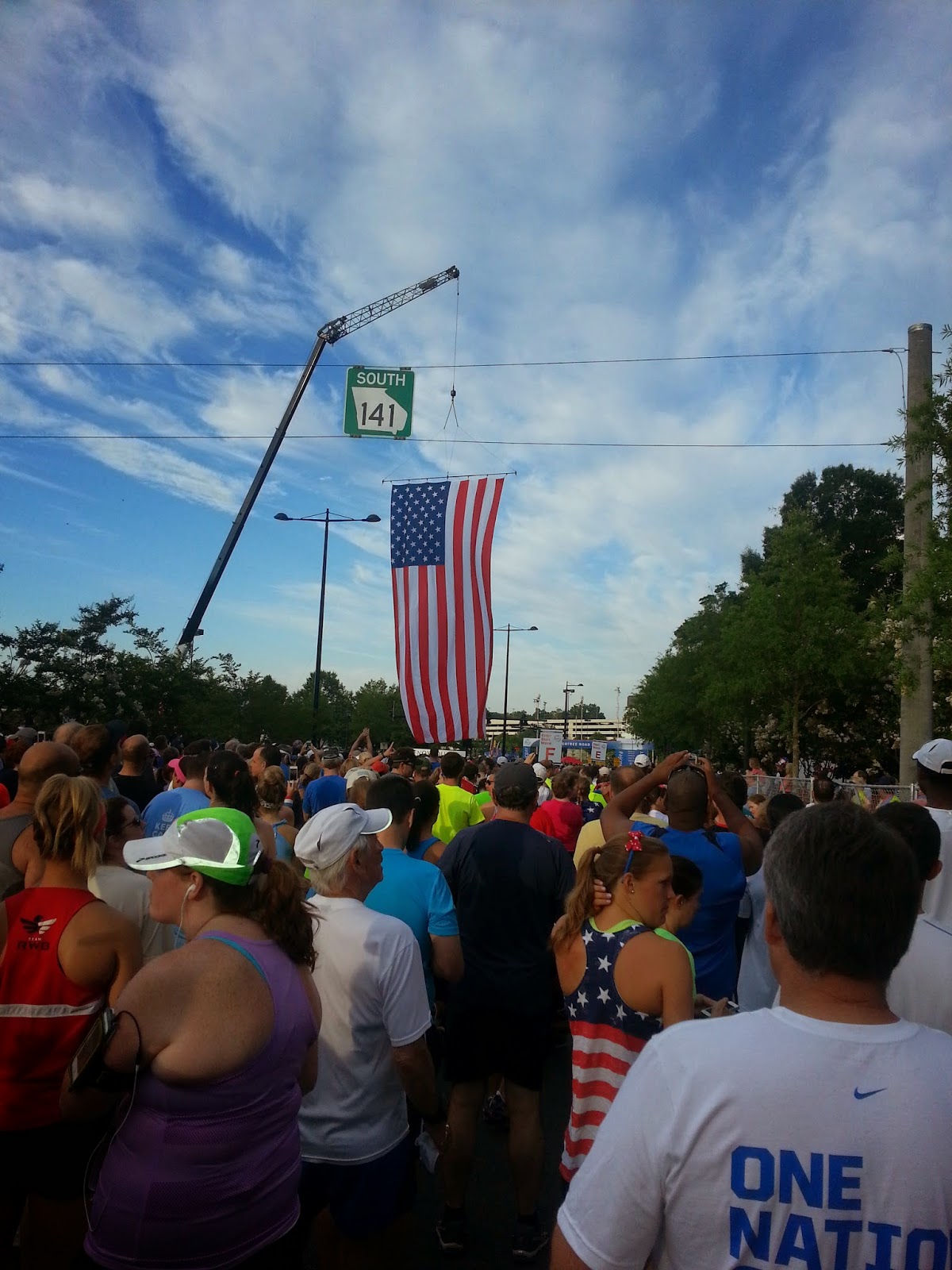 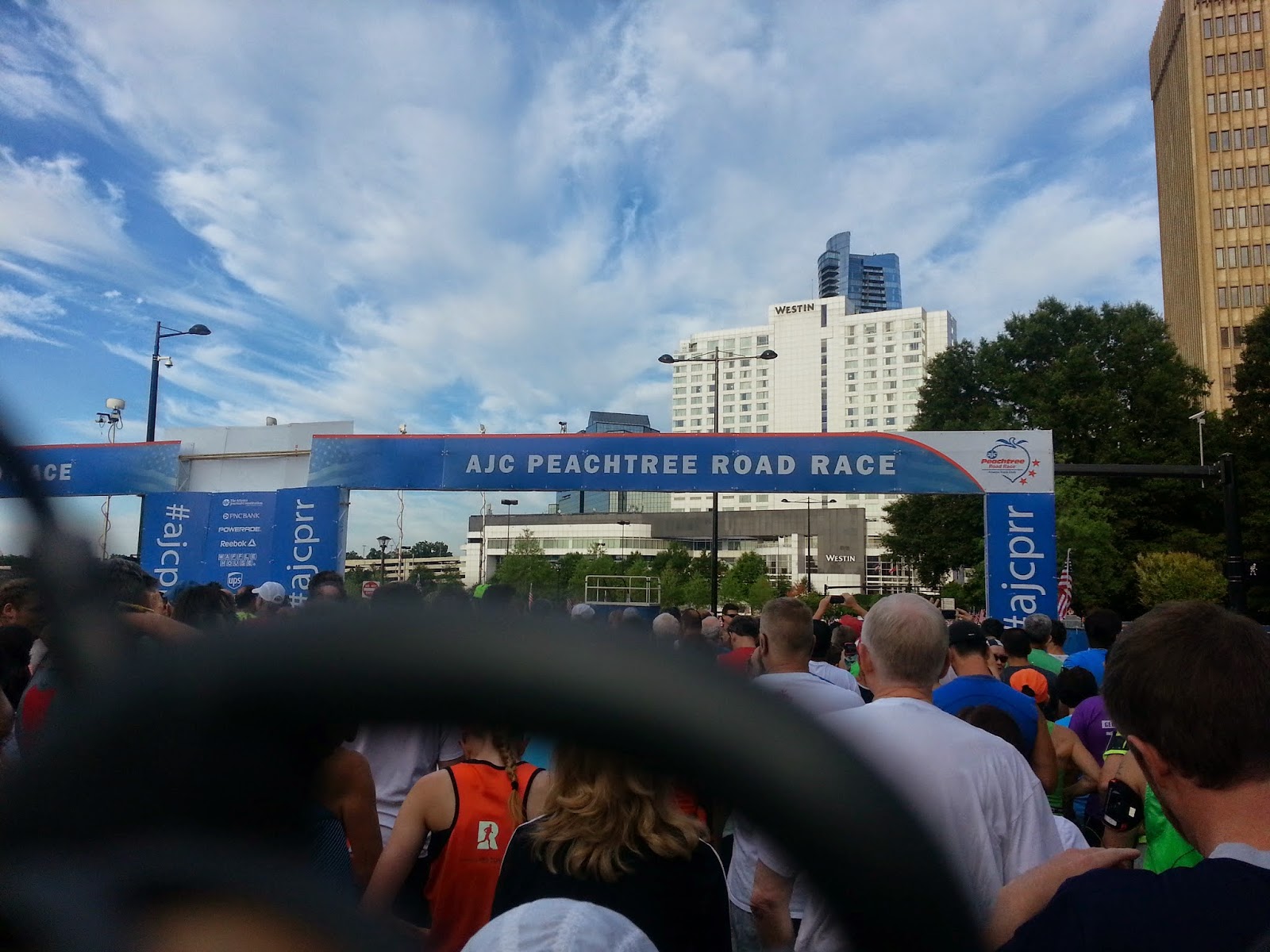 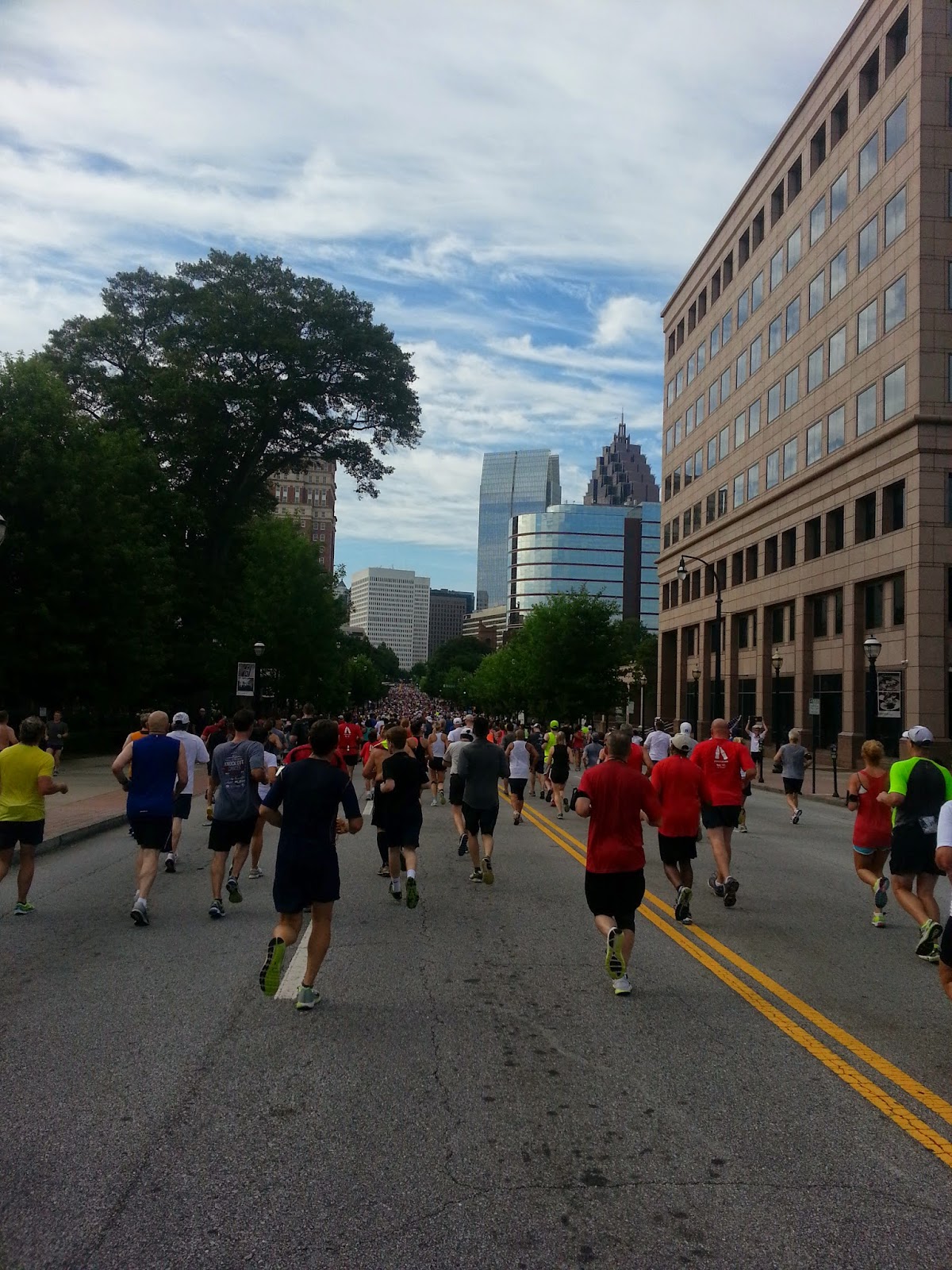 After the race, we got on the road to head up to E's family's lake house, where they host an awesome party to enjoy the fireworks display over the lake every year. 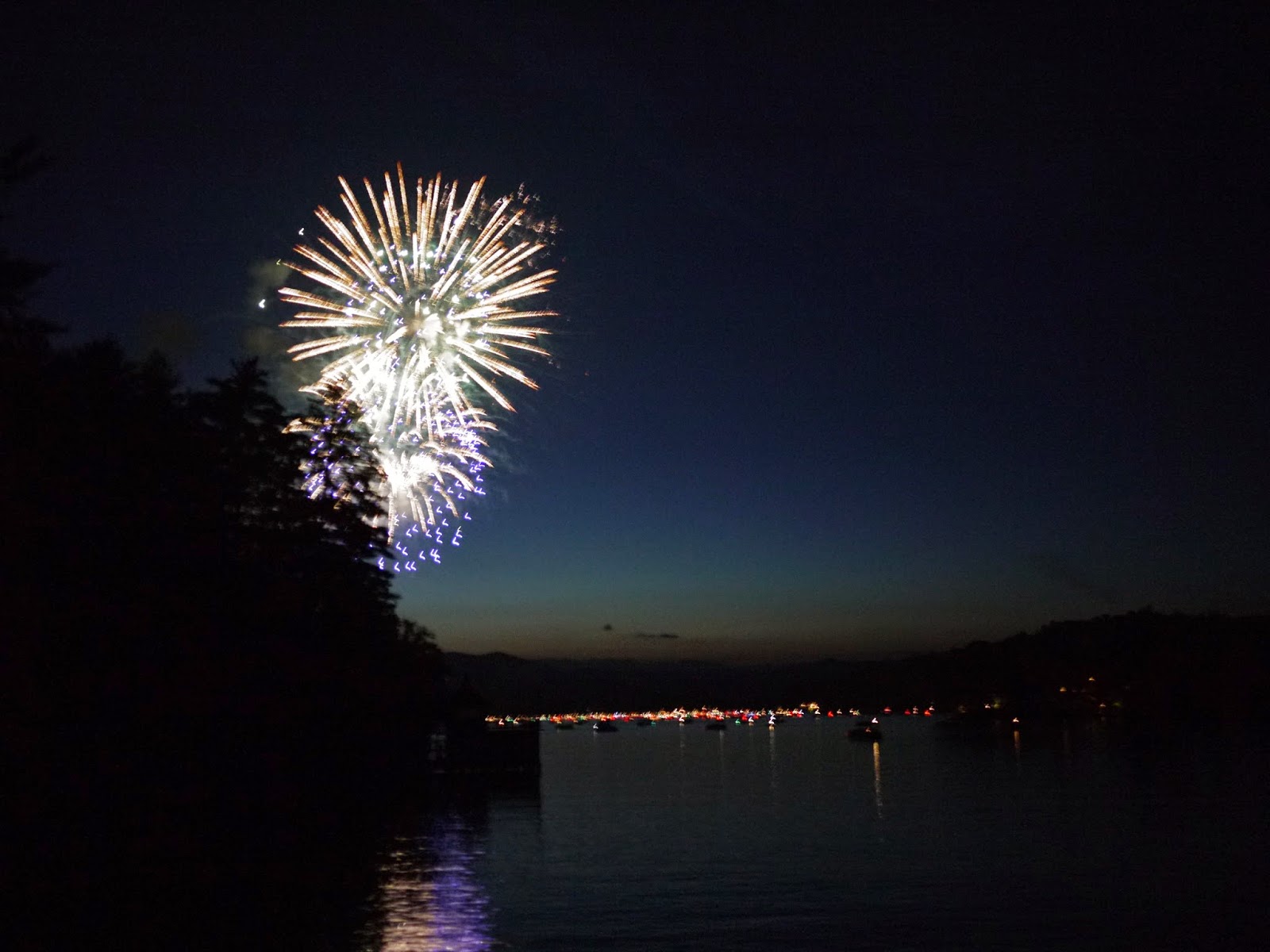 Several times a year, we go to visit my in-laws, and it turns out, my husband's mother suffers from a similar malady as me vis-a-vis wanting to be in control.  YIKES!  She *really* likes to be in charge when it comes to social details like schedules, food, sleeping arrangements, etc.  And, since we're often on her home turf, by default, she just wins.  This is regularly difficult for me.   It's not even like she and I are competing for being in charge (which I wouldn't want to do).  It's just very clear that the order of decision making in the house when we are visiting goes from Grandma to PopPop to the grand-daughter (our niece), to my sister in law, to a messy amalgation of me, E and the brother-in-law, should any of us feel the need to assert ourselves.  Now mind you, this is the South.  They are such perfect hosts that the need to assert yourself rarely arises.  Also, they completely respect and understand that I often need to excuse myself at odd hours to work, work-out, or do anything else I may indicate.  Essentially, I won the in-law lottery, but it's still hard to be on someone else's schedule.

So, imagine my surprise this trip when, for the second time in my life after having reconstructive shoulder surgery, I dislocated my shoulder.  If there is something that makes you feel completely *not* in control and out of your element, even an in-law element, it is sudden lack of control of your body (especially after trash-talking the other poor-performing flippers...).  And there I was, experiencing it.  For the second time.  On my husband's family's home turf.  Thanks Universe.  I get it.  I'm not in charge.  Message received.

So, yeah, there was a lower mileage week than planned.  (Turns out, even if your sister-in-law relocates your shoulder in less than a minute, you will still need to rest and ice for several days.)

Total miles:  16.4.  Total percentage miles faster than 10 min/mile:  46% (target 20%).  Essentially, other than the 10K, I did very little.  I fit in a treadmill workout with a warm-up, cool down, and 10X1 min @ 8:30, and a couple of shorter easy runs to acclimatize to the heat before the race.  But nothing impressive.  And at least 20% of the blame lies with my treachorous shoulder.

So, this week's take home is to remember that I'm not in charge.  I live my life as if this is not true.  But I do know it.  Fundamentally.  At my core.  So, I guess the big question is whether this knowledge matters, and if so, what I should do about it...
Posted by Biting Tongue at 23:17
Labels: balance, family, running

Your trip sounds great, and Peachtree has been on my "to-do" list for years, including when I only lived 2 hours away. (Um, now it's more like 10, LOL.) I'm so sorry about your shoulder. My running partner dislocates hers occasionally; so I know it's quite painful.

Good message about not being in control. It's hard for me to grasp that, too. Hope your shoulder is feeling better now.

@L.A. Runner -- it's a great, fun race. You should definitely do it one of these days.

RE: the shoulder, yes, it was painful. But, it's already so much better and it was so much less painful than the other 2 times I've done it that I really can't complain.

Yikes! Sorry to hear about your shoulder. Hope it's already 100% healed (or close to it?)!

Sorry to hear about your injury! How did you dislocate it again?

Eek, no fun at all! So sorry to hear about the shoulder.

On the other hand, PeachTree sounds like a lot of fun. I've heard lots of great things about it. :)

@All -- I dislocated it doing a front flip off the dock. My first attempt was fine, but my second attempt I decided I would throw hard and kick early. Turns out, I don't have the shoulders for throwing hard on flips anymore... lesson learned.

@Angela -- it's a great race and the lottery is very forgiving (we've never not gotten in). Highly recommended.

@Jen -- yes, I'm very close to 100%. Perhaps even higher if you count that I'll likely do PT exercises and take better care of my upper body than I would otherwise for the forseeable future...