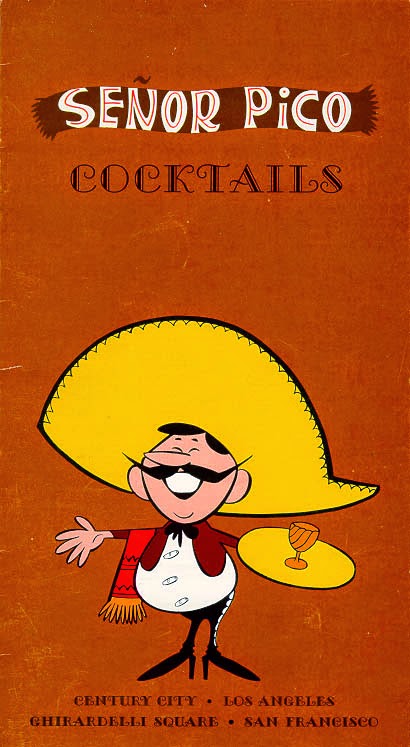 Yesterday, on a lark, mom offered to drive my niece up to San Francisco to join me for lunch today if I could fit it in my schedule.  What a treat!  (They live 3 hours away.)

I accepted immediately and rescheduled my client commitments for the day.  I wanted to pick something that would be a fun memory for everyone, so I opted for McCormick and Kuleto's, with its excellent views of aquatic park and Alcatraz from Ghiradelli square.  I hadn't been there in 10 years or so, but the views from GS are always great and I'm a big fan of McCormick and Schmicks, so I knew the food would be good.

I arrived on time, but mom texted that she and niece were running a little bit late. (Not a huge surprise, if you know my mom.  Obviously, an unscheduled costco stop was in order on the drive.)

I was starving, and certain their estimated delay was not correct, so I ordered an appetizer and a beer at the bar.  I was very happy that they were making the majority of the effort to come to me, so I didn't want to be grumpy when they arrived.  My appetizer and beer did the trick.  An hour later, they walked in, hugged me, and the bartender (with whom I'd bonded over the last 60 minutes) demanded, "What took you so long?"

Mom, not to be stalled by anyone, animated in a way that I'm regularly shocked she can continue to maintain at this point in her life, demanded "This used to be Señor Pico, didn't it? I came here for my 21st birthday with my parents.  We sat at that table (pointing).  No wait, that one (pointing elsewhere).  Quite a bit has changed, but the windows are the same and these railings were there back then.  They had a drink that they were famous for, the potted parrot.  It was so ridiculous.  Your drink came with a ceramic parrot in it.  Do you know the history of this building???"

He just looked at me, amazed at the energy of my mother and smiled, "Enjoy your lunch." 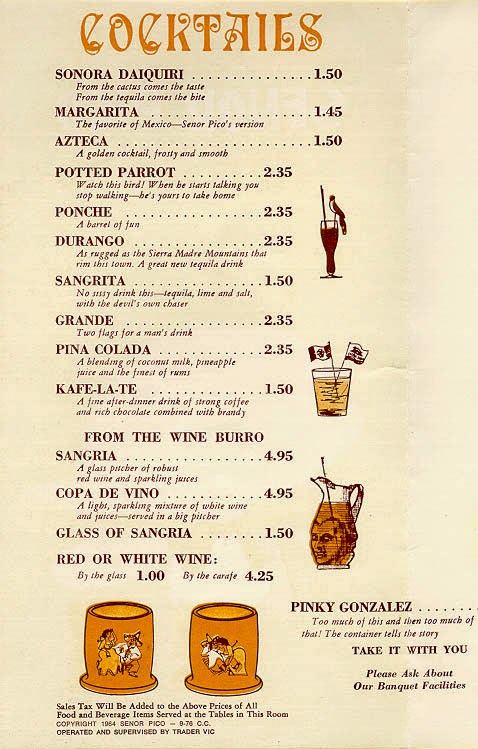 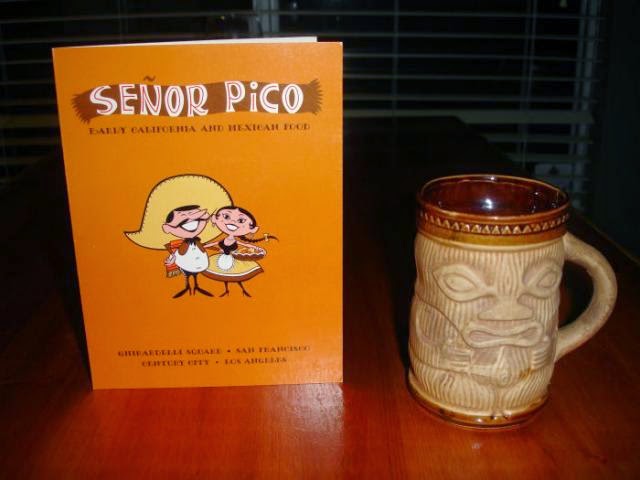 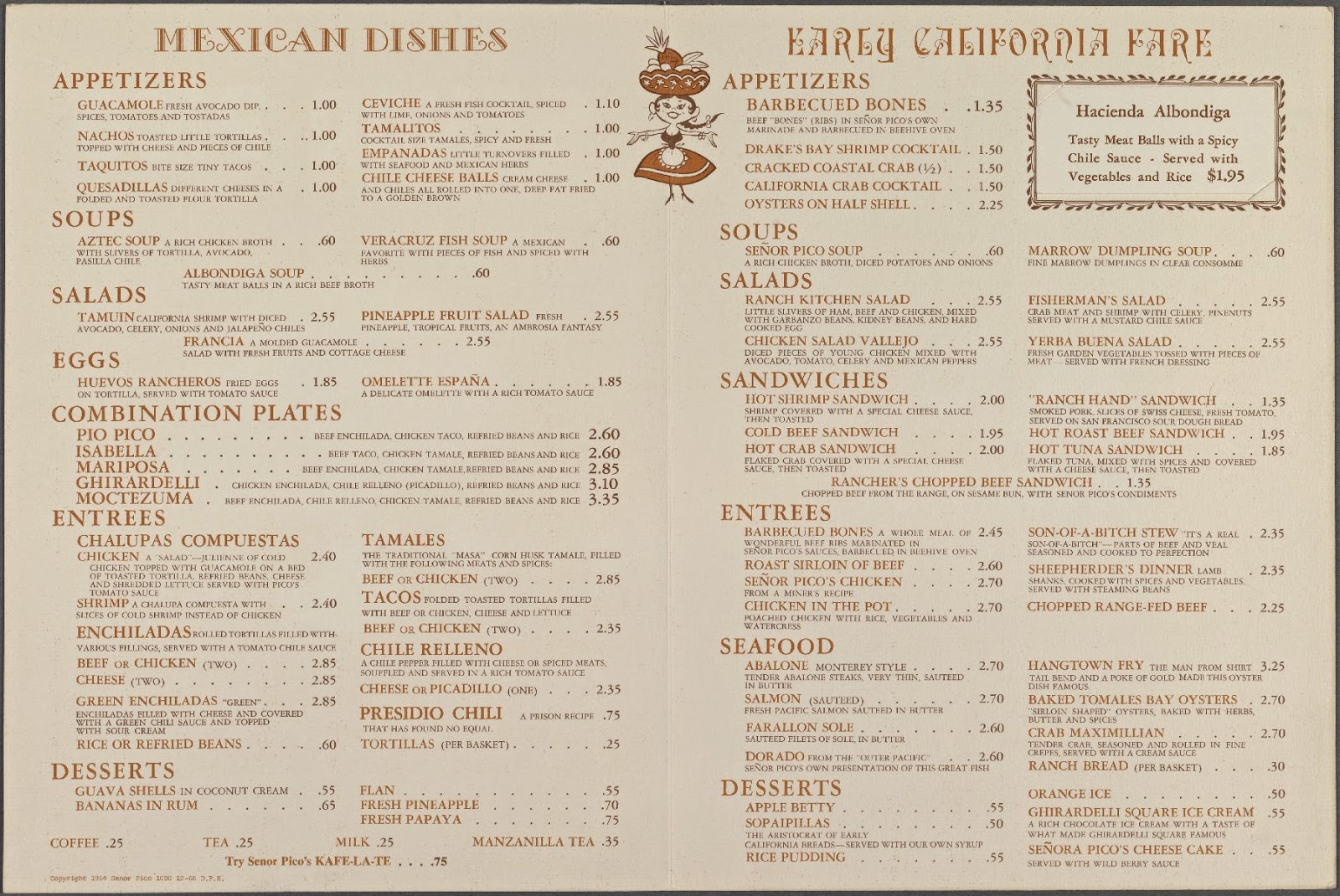 I was so pleased to have picked a restaurant that had a memory for my mom.  Her parents both died relatively young, as did her brother, so there hasn't been much joint reminiscing at family gatherings like there is for my father's family, which is huge, mainly still alive, and very close.  I'd never heard this story.  I didn't know anything about her 21st birthday.  I loved hearing about what she'd done the night she'd legally turned 21 in her college town as well as the weekend afterwards with her parents.  Also, I love learning bits of Californian history.  I'm a multi-generational Californian and over the years, in the bay area, interacting with so many transplants, it's become quite a point of pride for me.  I love my state and I love to be knowledgeable about its geography and history, so this was yet another data point to file for future use.  In short, it was the perfect gift a mom could give her daughter.

Mom, of course, proceeded to tell every worker at the restaurant we interacted with about her memory.  None of them knew the history of the building.  Until our server, that is.

Our server was *so* great.  He knew the Señor Pico past, and even knew about the potted parrot but he hadn't met anyone who'd ever had one (much less on their 21st birthday!).  He and mom traded excitement, which was so cool.  He was so honestly happy to meet someone who had actually had the kitschy drink, parrot and all.  She was just excited to interact with someone who knew what she was talking about.  Also, he knew that Señor Pico was owned by Trader Vic's at one point and volunteered that history as well, which, the Californian data nerd in me found very cool.

He also happily took our photo, advising on lighting and taking not one, not two, but four photos, with the last one being the best -- he obviously knows how to keep the tourists happy!

My niece commented that 4 generations of women in my mom's line had all dined in this building as of today -- such a cool observation, and it definitely made the day more special.

In short, today was one of the cooler gifts my mom has ever given me as an adult.  I'm very thankful.
Posted by Biting Tongue at 22:06
Labels: family, food, restaurants

Unknown said...
This comment has been removed by a blog administrator.
9:55 AM

What a surprise! Thanks to my daughter for such a spectacular luncheon experience! Food, memories, views and of course very special company! It was sooooo worth the drive! Although we did pull over so I could take a 20 minute power nap to make the drive home! It will be sooooooooooo nice when Niece is driving! OH... and I am so sorry... I thought BT said she was going to be there at 12:30... and we were early... But I heard wrong, remembered wrong ... OH... just admit it... I was late and I am embarassed. love mom

Cool story! Thanks for sharing!

Great story - sounds like a fun lunch. Thanks for sharing!