We finally started harvesting from the garden!  It's been a strange Summer and everything has been a bit delayed, but the delicious times are finally here. 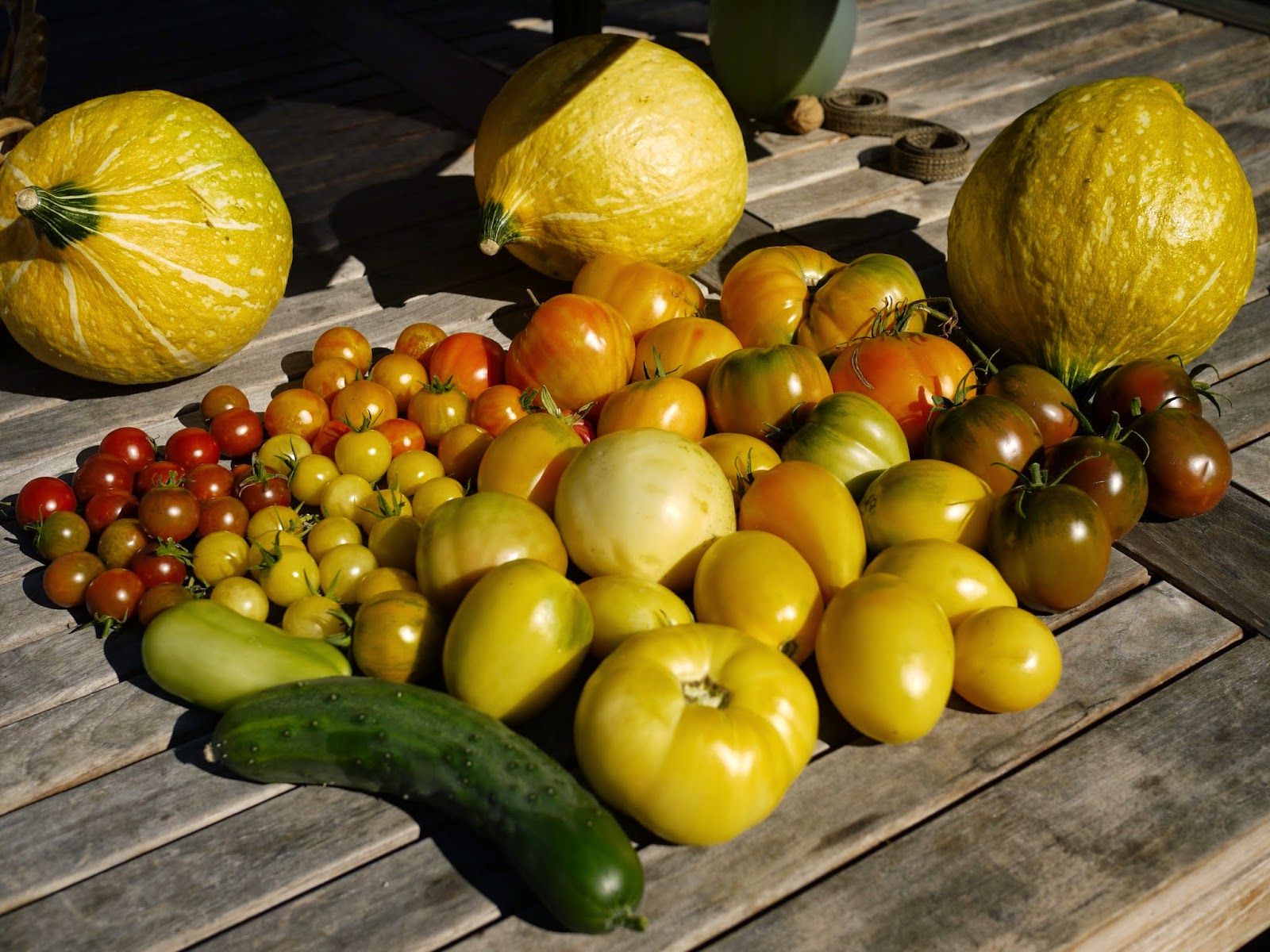 The biggest and most important thing I did last week was travel to upstate New York for E's grandma's 90th birthday party.

It was so wonderful to see her enjoy her day with all of the people who drove and flew in from all over the country -- her kids, grandkids, great-grandkids, a couple of cousins, several nieces and nephews, and many grand-niece and grand-nephews.  Impressively, E's grandpa is still truckin' at 97, and he was there, too.  We spent the day surrounded by Brooklyn accents, Italian-American immigrant descendants and their spouses and kids, great food, wine, and tons of family stories (with lots of gesticulation).

It was a special day and I was very glad we made the effort.

But what an effort it was!  To get there, we spent an hour in a car on the way to the airport, followed by more than 8 hours in airports and planes, only arrive in time to fall asleep at the hotel.  The next AM, we hit traffic and construction on our drive upstate, so that meant more than 2 hours in the car (during which I took a couple of naps, because my husband is a saint).  After the party and the next day's brunch, we spent another hour driving to local airport and then a total of 10 hours in airports and planes on the way home, plus 30 minutes in the taxi.

In other words, we spent at least 22.5 hours in transit, plus approximately 20+ hours of hotel time so we could enjoy 14ish hours of family time during a 56 hour trip.

And it was totally worth it.

In running news, last week sucked.  I woke on Monday with a sore throat and a fever.  Apparently, despite my conservative racing, I still got sick.  I spent the rest of the week nursing what appeared to be a summer cold (with a fever, so something else mixed in?), trying to minimize my likelihood of developing something worse.  Essentially, I walked a ton and ran very little.  The longest string of "running" without a walk break I managed before leaving for NY was 2 miles jogging at 12 min/mile on Thursday.  Saturday, I was able to wake early enough to hit the treadmill on EDT (very impressed with myself).  I felt well enough to do some intervals at slightly faster than race pace and closed the workout with a whopping total of 4.25 miles.  Sunday, I woke with a sore throat again and a deep-chest cough, so I wrote the long run off entirely.  Total mileage: 18.34, most of it walking.  Total mileage sub 10/mile? 2.  Yup. 2.

But, after watching E's grandma's joy at her party and all of the cool interactions with people from various walks of life, I didn't care about my lame running week at all.  I'm usually fairly chill when it comes to running, but right now, I'm even moreso.  It's strange.  I wonder if I'll ever get back to the place where I actually care about pacing and racing the way I used to.  Part of me thinks I may not.  And, in the grand scheme of things, I think that's just fine.  There are many, many more important things to me than running.  So, if indeed I've actually turned into a purely recreational runner who doesn't care about performance, so be it.  I do have to wonder how that will play out over my two fall marathons, though...
Posted by Biting Tongue at 11:12
Labels: balance, family, garden, running, travel