The title says all you need to know about the short version. But the long version is that this weekend was super enjoyable, despite the disappointment.

I came into the race very confident that I could meet my goals, which were relatively simple:  Finish healthy in a time that shows that I've rebuilt my fitness.

I'd gotten over my cold.  The data showed that I'd done a total of 592.97 miles in 18 weeks for an average weekly mileage of 33.2.  Some of those miles were slow jogs, some were run walks, and some, especially early on, were walks.  But I I'd given myself permission to do whatever I needed to do to get the mileage done during the 18 week cycle.  When I looked at the volume I had completed despite my work, travel, and life obstacles, it was clear that my plan had worked.  So, I felt confident that I had done a good job of getting myself at least halfway back to where I'd historically been and I knew the marathon was going to be fun since I didn't have the pressure of a time goal.


Friday, I flew, worked, dealt with ORD delays (the ATC fire is still wreaking havoc), and ate room service/worked/slept at an airport hotel.  Saturday, I woke, cabbed into town through the massive traffic jam of arriving folks, and checked in to my race hotel.
From there, the remainder of the day was dedicated to pre-marathon logistics.  This may be (simultaneously) one of my favorite and least-favorite things about huge races.  It took an entire day to catch the shuttles to and from the expo, pick up the necessary stuff at the expo, wait in line for lunch near the hotels where all the runners were staying, walk to the start from the hotel for reference so I'd know how to get there, relax in bed and take the blissful indulgent pre-race nap, eat dinner at the hotel restaurant, greet E at his arrival and finally turn out the lights and fall asleep.  On one hand -- a total waste of a day.  On the other hand, such a luxurious letting go and just going with the oh-so-slow-flow that is 45,000 people trying to prepare for any big event in the same location.  I think the day before a marathon is one of the only times when I feel justified in just doing almost nothing for a full day.


Sunday AM went well.  I woke 5 minutes before my alarms, turned them off so as to not wake E, had my coffee & athletic-food-bar, got dressed, and all went according to plan (which is a blessing my runner peeps will understand).  I was out the door into high 40s F weather with plenty of time to spare, but encountered some unpleasantness when the gates started closing earlier than the scheduled times.  There was no communication between the volunteers, so gates were closing in very unpredictable ways.  For example, Gate 2 closed before 7:30 AM, and those of us in wave 2 were told to run to Gate 3 (note, running before a marathon in an unplanned manner is not exactly my favorite thing on marathon morning).  We did.  Gate 3 let us through, but then the G corral was closed in front of us as we arrived (all of the Gate 2 folks were F corral), and they told us to run *back* out Gate 3 and back in Gate 4 for H or I *or* we could wait 'til after all of the corrals in wave 2 had left and then they'd let us in.

At this point, I opened my Gatorade, started my late-stage hydrating, and walked forward, locked out of the corrals, but headed towards the actual start gate.  I figured at some point after Wave 2 started they would open the side gates and I'd rather be as close to the start as possible when they did so.  I arrived at the F corral to find the gates completely open (as in the Gate 2 closure was not coupled to the F corral closure) so I flashed my bib and calmly walked in.  10 minutes later, the body heat of the crowd was warm enough that I ditched my long sleeve shirt and my mittens about 4 minutes before the Wave 2 start.  And then we were off (with me crossing the start line approximately 3 minutes after the official wave 2 start horn).

The weather was cool.  Shade was abundant (thank you architectural high rises!).  The crowd support was unlike anything I've ever encountered.  It was so inspiring that I never even considered putting in my headphones.  I just ran, occasionally checking my Garmin to ensure I wasn't going faster than I could handle.  Despite my best efforts, I clocked 3 miles in the 9:50 range (and my goal was 10:15 - 10:40 with an assumption that 10:40 was closer to appropriate).  What I did well, however, is that I walked through all the aid stations.  I took in Water, Gatorade, and Gus as scheduled.  My original plan had been to head out with the 4:40 pace group but I couldn't find then.  I did, however, cross the half at 2:19:38 and felt the best I've ever felt at a half on a marathon course.  Until, a few hundred meters later, as I slowed a bit after the half timing mat, I didn't.  I realized that my left knee was *very* cranky.

I pushed on a few more miles, but the pain was increasing.  I pulled off at an aid station around mile 15.  I saw an MD.  We had a hilarious exchange:

Me: Hi. Ummm... my knee hurts and I'm wondering if I'm going to do any serious damage if I continue.

Doctor: Hard to say. Probably you already have. Have you injured this knee before?

Doctor: Do you want to injure it again?

Him: Did you take anything for the pain today?

Me: I thought taking NSAIDS before long distance running was bad for your liver.

Him:  But it hurts when I do this?  (Doing the annoying thing he'd done earlier to establish some likelihood of injury.)

Me: Yes.  (We already established this!)

Him:  Well, you've got 11 more miles.  Probably not a good idea.  But, I guess we could give you some tylenol and ice and you could head out in half an hour.

Me:  What?  I'm not a professional runner.  If I'm icing, doesn't that mean I'm pretty much done, as an amateur?  Why would I take 30 minutes off in the middle of a marathon?

Him:  You make a good point.  You probably should be done.  (Obviously not impressed with the average runner's response to his feedback.)

Him:  We have vans.  Ours isn't here right now.  But it will come back and take you to the finish.  I guess you could try to walk it off to the next medical aid station, it's only 3/4 of a mile.  They have more vans...

Me:  Okay, I'm gonna take that as a sign. [He shrugged.] (This is where I jogged slowly to the next medical aid station, which did have the benefit of getting me across the 25K mat, which was a nice consolation prize.) 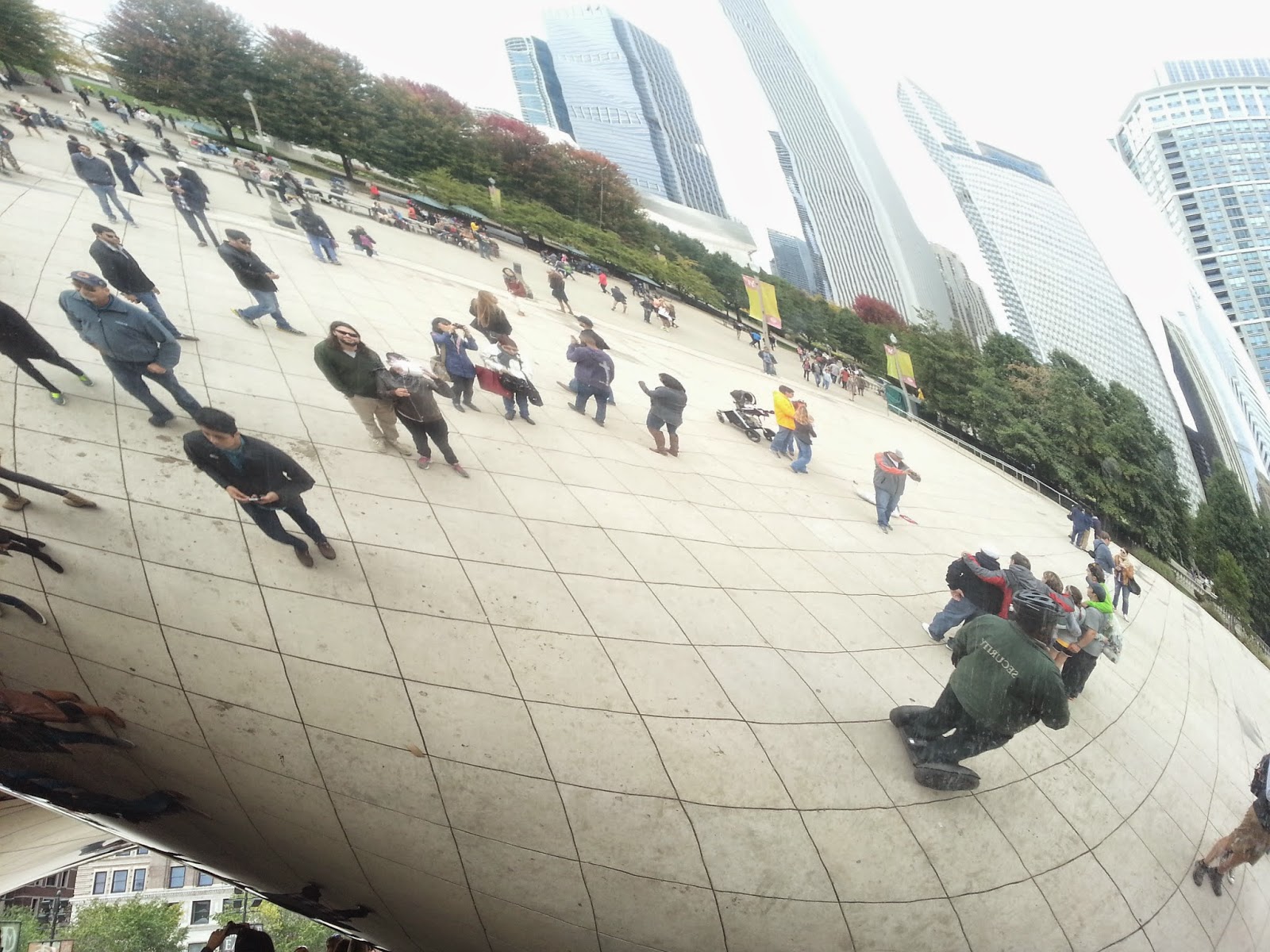 In addition to the doctor's feedback (which confirmed for me that most runners are not very protective of their own bodies vis-a-vis running), I had a couple of additional thought-provoking moments.

A little past mile 7, I ran through some intense cheering into a silent zone.  Cops were parting traffic and someone was doing chest compressions on a runner on the ground.  Two runners near me as we ran by were obviously medical professionals as I heard them say, "Oh shit.  Cardiac."  And, "Should we stop?"  And finally, "Looks like it's under control."

I was very pleased to later learn that he came to and was communicative at the hospital.

The second scare I had was being part of the medical tent and van of the wounded after I dropped out.  Oh wow.  In the second tent (which was a larger aid transfer station) most of those folks were in *horrid* shape.  Pale.  Complaining of heart palpitations.  Puking.  Shaking. Being evaluated for hospital transfers.  (And it wasn't even that hot.).  Me, I'd played it relatively safe.  I was running very evenly and felt very confident that I could have finished somewhat on pace at the medium-hard, but not-super-hard pace I'd been keeping, which included walking fuel breaks every time there was an aid station.

So, overall, I'd like to say that despite DNFing, my Chicago weekend was a complete success.  I was reminded that marathon running is my hobby.  And that's it.  It takes back seat to so many things in my life, and I'm totally okay with that.

But, it's still a great hobby even when I DNF, because I get to go to and learn about beautiful places, cheer on friends who also run, spend time with E, and eat some GREAT FOOD (huge thanks to F&P who did the behind the scenes efforts to get us food/reservations at Giordano's, Takashi & The Little Goat.) It's good to have diligent food-oriented friends!

Glad to hear that you had a good time & are keeping everything in perspective. This last marathon which was my first DNF was a weird experience too--I was definitely in MUCH better shape than some of the other people I encountered who were also DNFin. At least mine was by choice.

I love Chicago so much & I'm so jealous you got to go hang out there & get some running in! It's almost enough to make me consider doing a big crazy marathon one of these days. :)

I'm super proud of you. You're right--most runners are not very conservative with self-preservation. :/

I really did have a great weekend and, I'm healthy and happy. So all is well!

ARGH! That's so frustrating! It sounds like you really made the best/smartest decision by taking a DNF. If you had finished, you would be probably be facing a longer-term injury. And in the grand scheme of things, one race is not worth it. Plus, you got to enjoy a nice weekend; so hopefully those memories will outshine the DNF. Hope you are back feeling well. You will nail it next time!

@L.A. Runner, thanks for the encouragement. I feel very comfortable that I made the right decision (more on that one to come), but it was frustrating. I'm already itching to go back and actually complete the course...

Good call on the DNF. Hope everything with your knee is on the up-and-up. Also: drooling over the food pics! Always a win in my book!

p.s. I'll run Chicago with you if you decide to go again. :)