E and I visited my hometown last weekend and built rockets with the kids at my mom's party. The next day, we set them off.

The kids are almost out of school.

The tomatoes are growing like crazy and have officially overtaken the kale as the tallest plants in the garden. 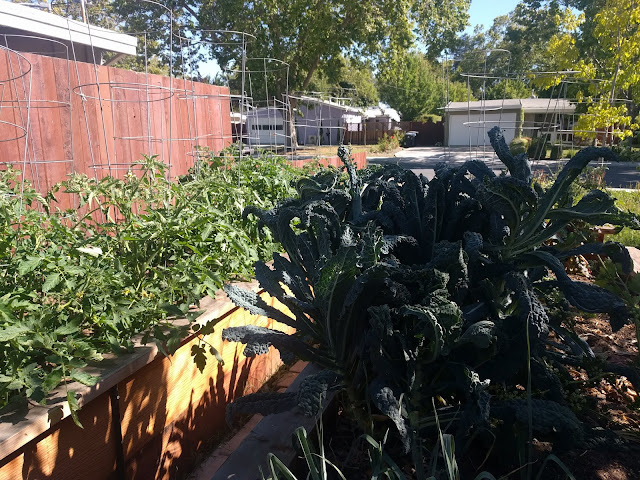 And, running is definitely getting harder for this high-heat-generating human as the bay area temperatures start to rise.  Being near Sacramento just made it even more difficult.

Last week's hardest effort by far was 2 miles @ 10:52/mile pace, uphill back home from the rocket launch with my (much) younger sister in the 90F heat of my hometown.

Weekly mileage was less than 20, but I fit in a 7 miler followed by some decent strides as well as 2 other easy runs at paces that used to be a little harder, so I'm feeling pretty good.

I'm very much enjoying the scheduled workouts for the 10Ks.  They are easier to fit in, and I'm focused more on improving my speed than I have been in several years, which is a nice change.  Fitness comes in many forms, but being able to hold faster paces is a type of fitness I'd let go over the last few years.  My mantra had become "just get the miles done" because I found that if I had the added stress of a distance and a pace, if I didn't hit both I didn't get the feeling of satisfaction that I craved from my running hobby.

Being able to focus on racing 6.2 miles means more speed and strength work, and all of the results that come from that.  I'd been struggling with whether I was better off registering for the half or the 10K for RNR San Jose, but when I started plotting what the training cycle would look like I did not like the idea of double digit long runs in August or September, so I'll be doing the 10K and decided to pick one or more half-marathons later in the fall.
Posted by Biting Tongue at 16:40
Labels: balance, garden, running, tomatoes

?I used to be very happy to find this net-site.I needed to thanks in your time for this excellent read!! I positively enjoying each little little bit of it and I have you bookmarked to take a look at new stuff you weblog post. slots for real money