Last week I had a good tempo run that convinced me I should be able to shoot for a 2:20ish half marathon.

This morning, despite generally not being an appreciator of gratitude memes, Neely Spence Gracey, posted one on twitter that really resonated with how I was feeling about yesterday's Oakland Marathon. 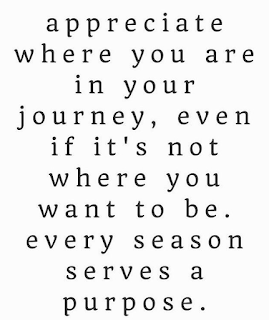 Oh, right.  Instead of looking at it as a thing to be laughed at (which isn't a terrible perspective), I can also view it with gratitude, which is a much better perspective.

My goals had been:

I pretty much decided to let the A goal go before the start.  I met up with Jen, and she'd said she was going to try to run 11/mile, so I decided that pace with the potential of having a friend to chat with was a much better goal than 10:40 with the pace group.  Unfortunately, I had to stop in the first mile to take off my long sleeve shirt (that I should have taken off before the start) and I fell behind Jen, never making up the loss and only continuing to fall further behind.

Early on, it was clear that this race was something new for me. I wasn't breathing very hard at all during most of the race except a few uphills, but my legs were just too dead to go any faster, most specifically, my hip flexors felt like they were at the end of a marathon instead of the beginning of a half marathon.

I ended up walking through the aid stations, and just keeping whatever pace I could manage, which by mile 8 was 12:04/mile.  I got through miles 9 and 10 with a few walk breaks, letting my average pace decrease to 12:20/mile, assuming that I'd be able to pick it up at the end.

And, then, a guy in an orange shirt who had been in front of me stutter stepped off the course, between two parked cars and onto the sidewalk.  His hands went to his knees and then he kind of leaned against an electric pole.  As I ran by, I asked, "Are you okay?" expecting him to look up and waive me on.

Instead, he moaned, "Nooo.." and then coughed and gagged.  I asked if he wanted medical attention and he said yes.  So, I ran as fast as I could (turns out, according to my garmin I could run at a 6:45 pace when I think I'm unable to muster up anything better than a 12 minute mile) for 200 meters or so, and asked the course volunteer to call the paramedics.  People behind me came up waiving at the volunteer, yelling that there was a sick puking dude, all asking her to call, and it was chaotic for a minute or so while we assured them that she was on it.

A nurse came up and told me I should go back to my "friend" and stay with him and make sure he sat upright instead of standing or laying down until the paramedics came.  I explained that I didn't know him, and the nurse looked pained as if he didn't want to go back, but someone really should, so I just said something along the lines of, "it's fine, I'm having a terrible race anyways, I'll go sit with him."  So, that's what I did.  And I guess it was a good idea because someone tried to be helpful and give the heaving, retching dude (dude thought it was probably dehydration) a Cliff shot with no water, and he kind of groggily took it and looked at it like he was pondering the existence of the Universe, but that he just might take it.  So, I thanked them but explained that it was probably a choking hazard and also may not sit well given the nausea -- as some people can't keep those things down without any medical issues. Dude just let it fall from his hand.  Eventually, the paramedics came and dude was more coherent, so I left, run-walking a bit until my Garmin beeped to let me know it was going into power-save mode because I'd accidentally stopped it when I thought I'd restarted it as I got back on the course. (In hindsight, this race stop was all about paying it forward from my Market Street Angel.)

My hips had really tightened up due to the stop.  The sun was out.  And I was supremely unmotivated.  But the course is pretty remote, so there was nothing I could really do except finish.  I ran-walked my way through the last 2.9 miles at an average pace of 14:14 and gave myself silly goals to pass the time, like, "See that run-walker up ahead, let's pass them."  And, "Run to that power-up sign, tap it, and keep running until you are far enough away that you don't feel bad walking."  Eventually, I started to feel much better and my running in the last 2 miles was back under 12 minutes/mile, which meant I was passing people consistently.  The final 2 goals I set for myself were pretty funny:

First, there was a landshark who'd passed while I was helping the dude.  He was ahead of me but quite visible and he was walking more and more as time passed.  It was probably 70F+ at this point, and I was hot in my tank top and shorts. I assume he was very, very hot.  I decided I would run to him, get a selfie, and then run until the finish.


Then, there were the East Bay Beer Runners handing out shots of beer.  "I've never had beer during a run," I thought.  So I stopped for that, too, telling myself that unless the beer made me loopy I had to run the rest of the way to the finish.  Surprisingly, the beer wasn't gross at all.  It was kind of refreshing, actually (although not as refreshing as the on-course Gatorade Endurance Lemon Lime).  And then, I just ran to the finish and laughed at the 2:55 on the clock.  Final result: 2:52:53 chip time (13:11/mile).  My garmin has a total time of 2:46:15, but that includes some of the time helping the dude, and doesn't include some of the time on the actual course, so who knows what my actual average running/on-course pace was.

And now, thanks to Neely, here's my gratitude take instead of my disappointed take.  First, I love this race -- it has such a great vibe.  I love the city of Oakland and I love the chance to visit and see how it's changed every year.  I love that doing this race gives me an opportunity to eat delicious noodles with my college roommate the night before the race.

I have a new PR -- 2:52 is now my on-course-medical-assistance-landshark-beer PR.

And *of course* I got to catch up with Jen and enjoy post-race brunch with a friend, which is always one of my favorite things in the world.

I was *super* sore and exhausted after this race.  I pretty much slept on the drive back and didn't move off the couch once home until bedtime.  In hindsight, it was probably a blessing that I let my time goals go, because I don't think I was supposed to run fast (for me) yesterday.  Perhaps running a race pace (and the last 2 miles faster 10K) 7 days out from a half marathon, *and* running a 9:05/mile 12-minute cooper test in the wind 4 days out was not the right way to prepare my legs for this half marathon.  My legs were sore for 2 days from the cooper test, and I don't think you are supposed to feel like that 3 and 2 days before a half marathon.

With all of that, I'm going to reframe and just call this a reasonable super-easy long run in my pursuit of a 5K decade PR.  I never really struggled cardiovascularly, which was quite pleasant, and tells me that I'm much more cardiovascularly fit than at other times in the past when I've had to push it to keep my pace below 12 minutes/mile at the end of a half.

My target race is now the Run Rocklin 5K on April 7, where I'm very hopeful I can better my decade PR.  My big goal is sub 29.  Wish me luck.
Posted by Biting Tongue at 11:59
Labels: balance, running

Oh man. You are a good person, which really matters a lot more than any dumb race time. (Also it sounds like maybe the temps weren't really favorable for fast racing anyway.) You know I am a fan of "you give what you've got on the day," which maybe means stopping to help a dude not choke to death.

Good luck at the 5K!

Thanks for that, Angela. I hadn't put it on an either/or scale, because there was no either where I was going to have a great race. I definitely did an internal evaluation of the obvious reality that the nurse was going to go back to him if I didn't, and the nurse clearly wasn't having as lame of a race as I was (and was with friends).

Guy in the shark suit is a real trooper! I'd *die* in that thing! And... stopping to help others instead of minding one's own time has to be one of the hallmarks of true sportsmanship!

Well, at least it was unforgettable?! I love the selfie with the land shark. :)