For E's 30th birthday, we went on a trip on our local Zeppelin.

It was easily an order of magnitude cooler than I expected (and he was thrilled).

The view of any part of the beautiful state of California from 1,000 - 2,000 ft. above is not to be discounted. There were several points during the trip where I was speechless with appreciation for just how gorgeous our state is.

It didn't hurt that we had the airship to ourselves: 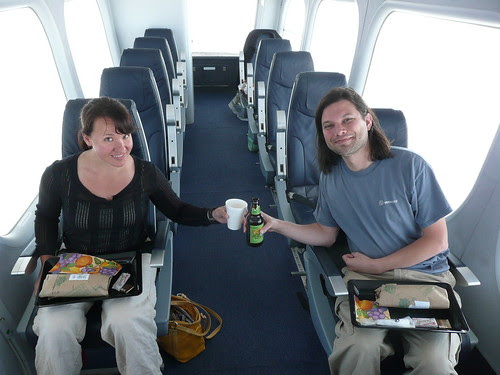 (Apparently, these flights are usually booked full, but we lucked out and were treated like a private charter, with 2 pilots and a flight attendant).

Of course, I wouldn't stop working, even though it was E's birthday, so finally, he threatened to throw me out: 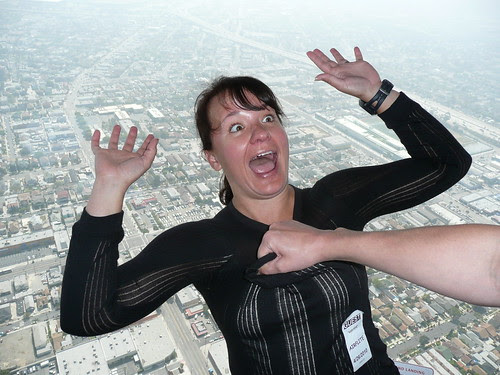 Once I understood the importance of the situation, we were able to calmly appreciate the beauty of highway 1: 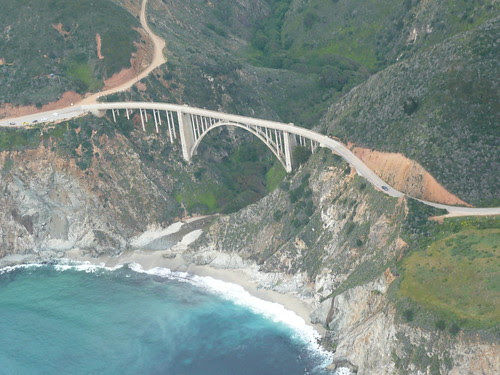 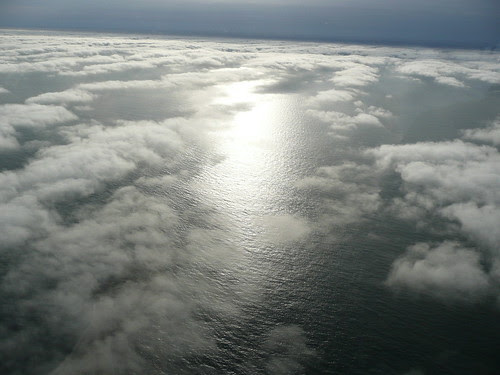 And the size of the ship against the backdrop of the military base where we landed: 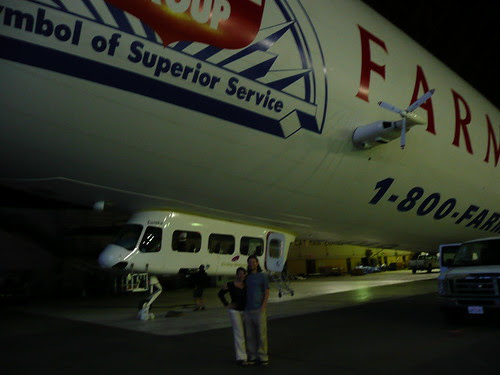 I would do it again in a heartbeat.

There are 3 functional Zeppelins in the world. Our trip was piloted by the only female Zeppelin captain in the world, Captain Kate (with back-up from Captain Jim): 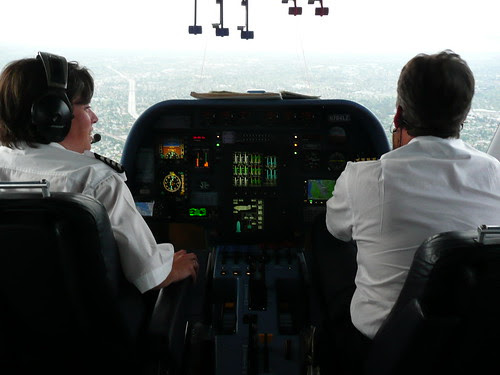 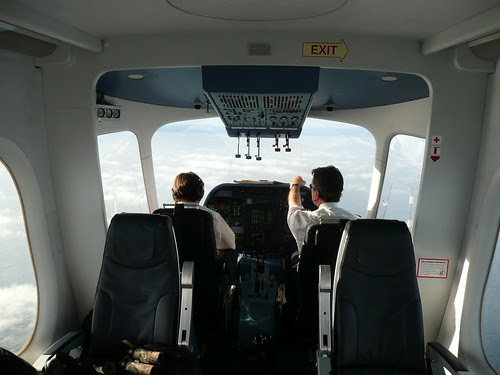 If you are looking for an awesome California experience, I cannot recommend them enough. Also, their sister-company in Germany is booked solid 6 months in advance. I suspect, based on the names they dropped about previous passengers that the Californian ship (EUREKA!) is not that far behind.

So, if this is the type of thing that is interesting to you. E and I recommend you go now. It was awesome.
Posted by Biting Tongue at 20:51
Labels: balance, family, travel

Love the one where you're about to be thrown off. LOL!

That sounds awesome! What a brilliant idea! Thanks for sharing!

Anonymous said...
This comment has been removed by a blog administrator.
7:14 PM

Oh wow- I just now got a chance to see these pictures -- speechless! So cool! Thanks for posting. Nolan must have been over the moon with happiness.