Phoenix to the Grand Canyon

When picking up our rental car, the guy at the airport asked if we were in town for the marathon. He didn't seem the least bit surprised when we said we were. He tried to convince us to upgrade from our economy car, especially when we explained we were driving the Grand Canyon before heading home ("You'll have to cross 7,000 ft. I'm not even sure our economy cars can handle that...").

But, in the end, all was well. We paid for economy and were given an upgrade to the mid-size of our choice as there was not an economy car to be seen in the garage.  Our 2012 rental Jetta was a dream and made it from Phoenix to Grand Canyon and back without any trouble  I love it when things work out like that.

Leaving Phoenix, the Saguaros are in full effect. 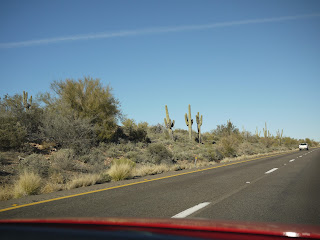 The Phoenix Botanical Garden educated me enough to recognize that the Saguaros are like the Californian Redwoods.  Old.  Ancient beings.  Just hanging out and surviving and growing very slowly.  There's something so majestic and impressive about an organism that does that as its basic survival. 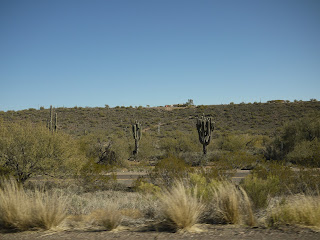 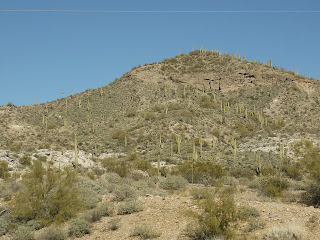 But, at some point, on the drive to the Grand Canyon, Arizona becomes surprisingly (to me) high in altitude and decidedly non-deserty.  It was almost alpine: 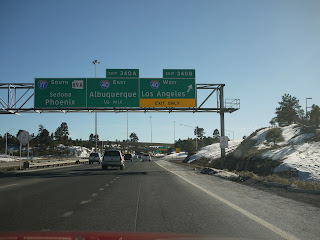 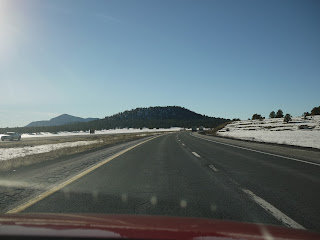 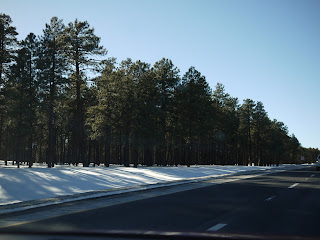 After processing that Arizona is apparently not just one big dessert for a couple of hours, we arrived at the junction for the Canyon with time to spare for sunset. 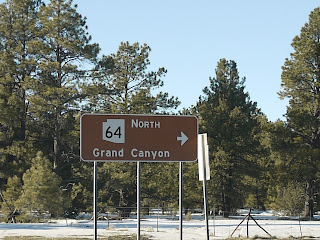 So we drove the rest of the way and arrived in time to get out of our car and see this amazing sight: 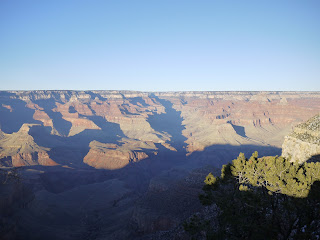 After laughter and pinching each other over the crazy reality of what we were seeing and how different it was from the whole drive, we checked in to the historic El Tovar Hotel and headed back out to watch the shadows climb and the light change in otherworldly ways. 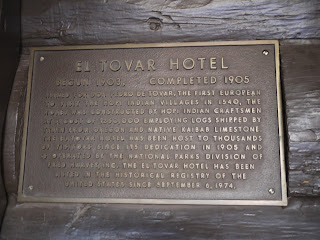 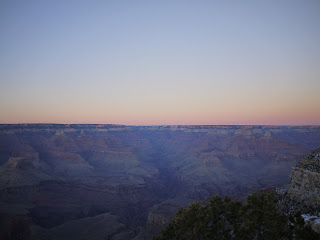 Did I mention it was cold?  Part of the canyon was still covered in snow. 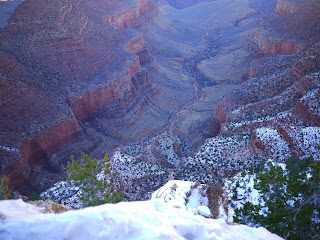 The next morning, we woke early and went out for a walk.  The Rim trail was covered in ice and snow, so it was slow going.  But we were some of the only people out.  It was silent and peaceful in a way that the path and the signs made us certain it would not have been during high season. 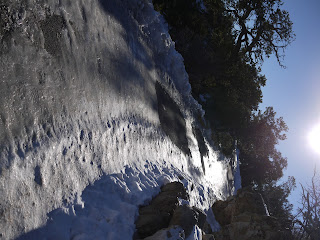 Along the Rim Trail, we saw many amazing views. 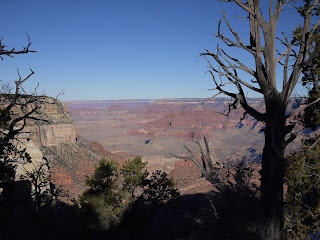 And on our way back, we encountered deer and caribou (no good pictures of them, but just understand that the ears on these deer are not interested in us -- they are very concerned about the 3-4 caribou on the other side of the trail behind us). 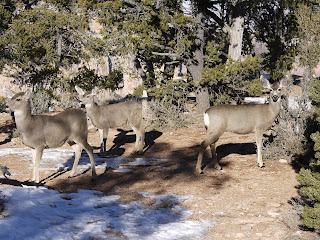 Overall, we were *very* pleased with how this trip worked out.  3 days of reasonably little work on both of our parts, and a great race for me plus a visit to an awe inspiring national park neither of us had ever seen.  We're now inspired to try to plan a hiking trip -- to come when the North Rim is open and to hike down to the valley and back up...
Posted by Biting Tongue at 21:48
Labels: family, travel